From making a grocery list to finding the route with the least amount of traffic to paying online bills...there's an app for that! In 2017 there isn't one thing that we can't think of that you can't find an app for on your Android or iPhone.

So what are the apps that most people used in 2016?

It should come as no surprise that the majority of the top free downloaded apps are social media. Among others are the free music apps.

Take a look at the complete list of top 10 free downloaded apps of 2016:

Now take a look at the top paid for iPhone apps:

Social media plays a factor in most peoples lives. When you are trying to pass time, bored, or just want to see what your friends are doing you can always count on a social media app on your phone to scroll through.

A few apps I was surprised weren't on the free list were LinkedIn, Yelp, and Etsy. What are some apps that you would think would be on the most downloaded list? What apps do you find yourself browsing throughout the day?

Facebook Twitter LinkedIn
Tags:
Virtual business video communications technology
Summer is Right Around the Corner
Why is VirtualTone the Only Communication System Y...

VirtualTone offers a complete voice and video communication solution for business of all sizes, from start-ups to call centers.

More posts from author
Tuesday, March 31, 2020 Helping Your Employees Adjust as a Manager
Friday, March 27, 2020 Working From Home: Staying Productive In a Distracting Environment
Wednesday, March 25, 2020 Give Your Client's the Dependability They Need, Never Miss a Call

By accepting you will be accessing a service provided by a third-party external to https://virtualtone.com/ 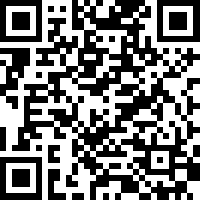